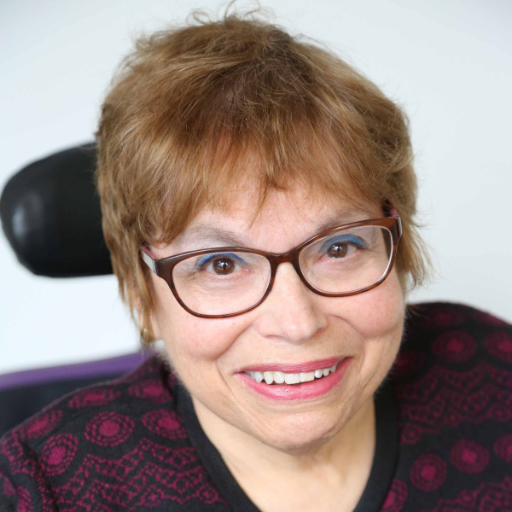 BALTIMORE, MD (July 14, 2020) — Disability Rights Maryland (DRM) is honored to welcome Judith Heumann to present the first-ever Judith Heumann Champion of Justice Award at DRM’s 2020 Breaking Barriers Awards Gala this fall. Established to commemorate Heumann’s activism and passion for disability rights and justice, this prestigious award recognizes one outstanding honoree for a lifetime of advocacy for the disability rights movement and all the civil rights movements with which it intersects. Heumann will personally present this year’s award to the 2020 honoree, Wade Henderson, at this year’s virtual gala on Thursday, Nov. 12, 2020.

Heumann’s remarkable career spans her entire life. Heumann has helped pass landmark legislation for the disability rights movement, including the Individuals with Disabilities Education Act, the Americans with Disabilities Act, and Section 504 of the Rehabilitation Act. She served as the Obama Administration’s Special Advisor for International Disability Rights, the World Bank’s first-ever Advisor on Disability and Development, and the Clinton Administration’s Assistant Secretary for the Office of Special Education and Rehabilitative Services. The recent Netflix documentary Crip Camp, produced by Barack and Michelle Obama’s production company, captures the progression of Heumann’s activism from her time at Camp Jened, a summer camp for people with disabilities, to the transformative legislative and regulatory victories that she later achieved. This year’s honoree, Wade Henderson, has exemplified similar leadership. In his two decades as the president and CEO of the Leadership Conference on Civil and Human Rights and in his prior time at the American Civil Liberties Union, Wade helped pass key national legislation for disability rights, including the Fair Housing Amendments Act and the ADA Amendments Act of 2008.

The Breaking Barriers Awards Gala is DRM’s signature annual event which honors individuals, law firms, and organizations that have demonstrated exceptional leadership, vision, and achievements in promoting and safeguarding the legal rights of people with disabilities in Maryland.