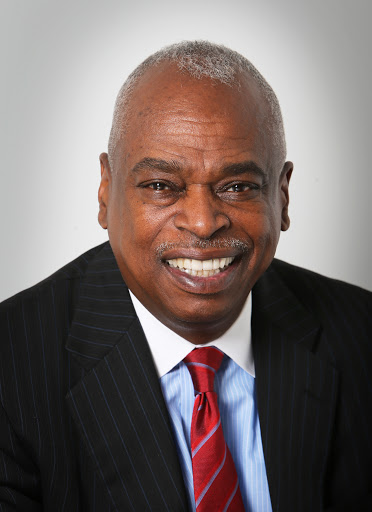 BALTIMORE, MD (July 13, 2020) — Disability Rights Maryland (DRM) is pleased to announce Wade Henderson, former president and CEO of The Leadership Conference on Civil and Human Rights (The Leadership Conference), as the 2020 honoree of the newly established Judith Heumann Champion of Justice Award. This prestigious award recognizes Henderson for his lifetime of advocacy and passion for civil rights and the disability rights movement. Renowned disability rights activist Judith Heumann will personally present the award to Henderson at the virtual 2020 Breaking Barriers Awards Gala on November 12, 2020.

In Henderson’s two decades of leadership at The Leadership Conference, he secured vital national legislation for people with disabilities and positioned The Leadership Conference as a determining force in the struggle for further legislation. Henderson’s advocacy for equal access to education, transportation, public benefits, and employment has empowered people with disabilities to build better quality lives with dignity and normalcy. His long and ongoing struggle to combat discrimination against people of color and people with disabilities has moved this country closer to fulfilling its promise of freedom and equality for all. Through his leadership, advocacy, and lifelong commitment to justice, Henderson inspires a rising generation of civil rights advocates.

Henderson has helped pass key legislation including the Fair Housing Amendments Act, the Help America Vote Act, the reauthorization of the Voting Rights Act, and the ADA Amendments Act of 2008. His work has not only helped people with disabilities live integrated lives in communities across the country, but it has also laid the crucial legal groundwork for DRM to continue fighting for the full and equal access of all Marylanders with disabilities.

DRM’s signature Breaking Barriers Awards Gala honors those individuals, law firms, and organizations that have demonstrated exceptional leadership, vision, and achievements in promoting and safeguarding the legal rights of people with disabilities in Maryland.

Your ticket for the: RELEASE: Wade Henderson selected for the 2020 Judith Heumann Champion of Justice Award