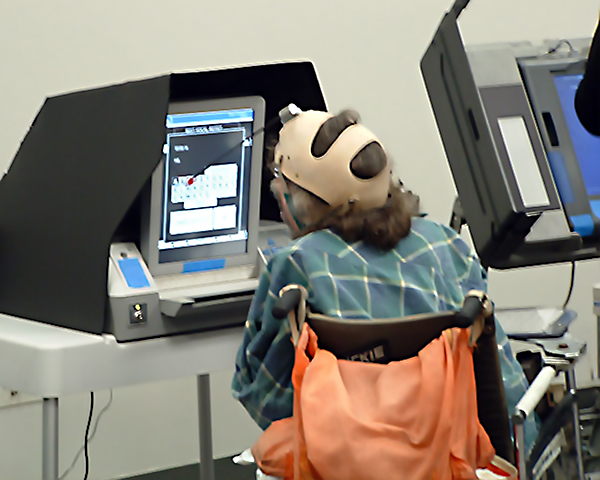 The question was then posed to Andrew Yang. Mr. Yang discussed his experience as a father of an autistic child while reframing the issue. Candidate Yang posited that the crux of the issue is how American society conflates economic value with human value. Mr. Yang proposed a “freedom dividend” of $1,000 a month to help families and suggested that the issue of education should be a federal priority, not a local one. Disability advocates have discussed potential conflicts between the freedom dividend and existing federal benefits programs.

Senator Elizabeth Warren, a former special education teacher, requested time to answer the question and proposed fully funding the Individuals with Disabilities Education Act (IDEA). When Congress initially passed IDEA they promised to fund 40% of the additional cost of special education. Currently, the federal government only funds approximately 14% of the extra cost. DRM staff works to ensure students in Maryland receive a free appropriate public education in the least restrictive environment, a right guaranteed by the IDEA and Section 504 of the Rehabilitation Act.

Disability Rights Maryland (DRM) was encouraged that the issue of disability rights was discussed during the Democratic presidential debate. These issues directly impact the 61 million Americans with a disability who make up approximately 23% of the electorate. DRM is committed to ensuring that the electoral process is fully accessible. During the 2018 election, Disability Rights Maryland surveyed candidates for statewide office and federal positions on issues related disabilities. DRM will be registering people to vote at a live stream of the Presidential Forum on Disability Issues an event Hosted by the American Association of People with Disabilities (AAPD) and REV UP Texas.

Your ticket for the: First Time Disability Rights Addressed